Get ready for a sporting adventure and an extraordinary personal odyssey. The Alpe d’Huez Triathlon L gives you the chance to write your own legend. When you take on the mountains, humility and mental strength will be your best assets!

This is a challenge like no other. The distance, the landscape and the route itself, situated in the heart of the Alps and the Oisans valley, never fail to stun the participants who come every year to brave the most iconic race in the European triathlon calendar. As well as the mythic climb of Alpe d’Huez’s 21 bends, the spectacular scenery and the difficulty of the race have forged the reputation of the Alpe d’Huez Triathlon L as an essential experience for every triathlete looking to prove themselves. 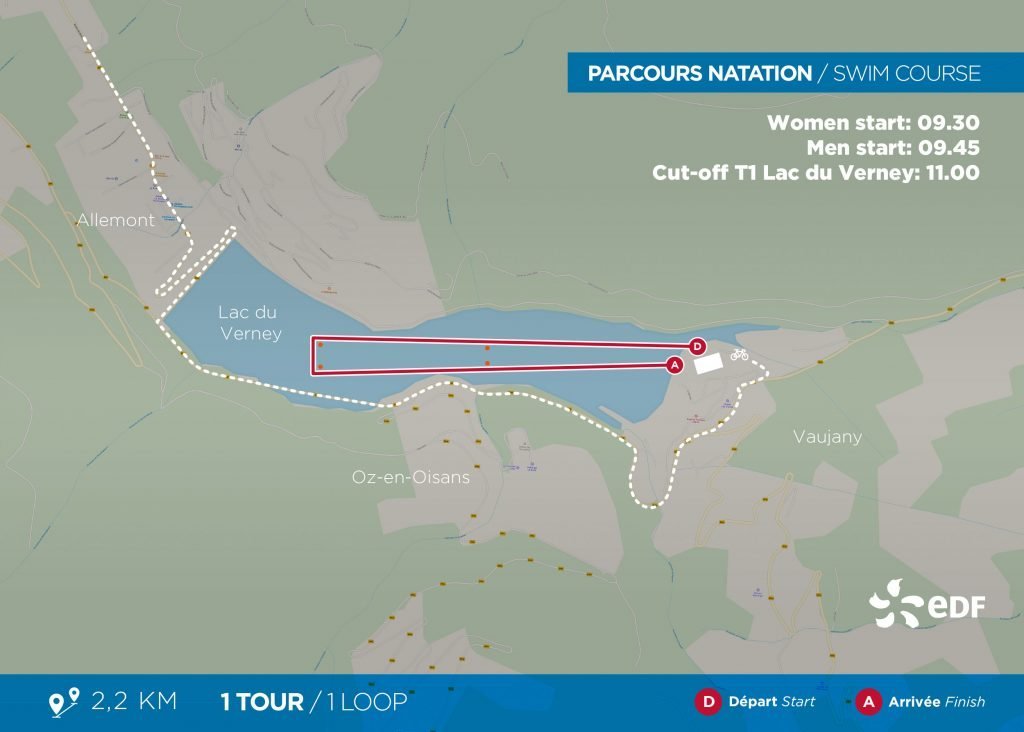 One 2.2km lap in the crystal clear waters of Lac du Verney is the first epic stage of an unforgettable day. Nestled in a majestic natural amphitheatre of mountains, the mass launch at the starting line (at 9 30am for the women, and 9 45am for the men) offers a stunning spectacle in itself, respecting the original spirit of triathlons. The lake is home to an EDF hydroelectric power station, which stops running during the race (swimming is forbidden here the rest of the year). The average water temperature for the last five years is around 17 degrees. 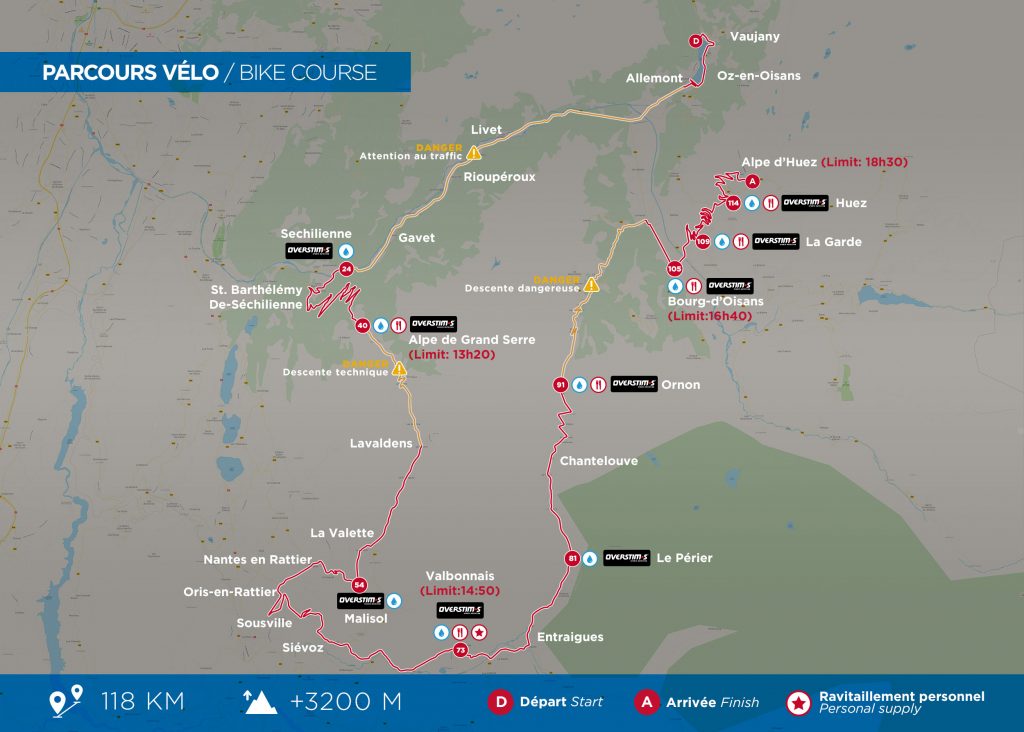 The Alpe d’Huez Triathlon L is the crowning glory of the week for one simple reason : its extraordinary cycling route. The 118km boasts 3200m of positive ascent, and starts by a fast pedal down the Oisans valley to join the foot of Alpe du Grand Serre, which is also the first col of the day (15km at 6.5%). This is followed by a long segment in the rolling hills of the Valbonnais valley and an ascension of the Col du Malissol (2.4km at 8.5%), where the scenery is sublime. During this section there is a possibility of picking up a personal food supply at the 60km point. The Col d’Ornon, which steepens as it goes, is the third big undertaking of the bike circuit, before riders dive into the dizzyingly fast descent to Bourg d’Oisans. Here the legend begins, with the conquest of famous 21 bends of Alpe d’Huez (13.9km at 8%). For most athletes, the main issue of the ride is being able to reach the foot of the Alpe d’Huez climb with enough strength to climb properly, and to be able to transition smoothly to the running race. Patience is needed here, especially during the first 3 bends which are by far the most arduous. 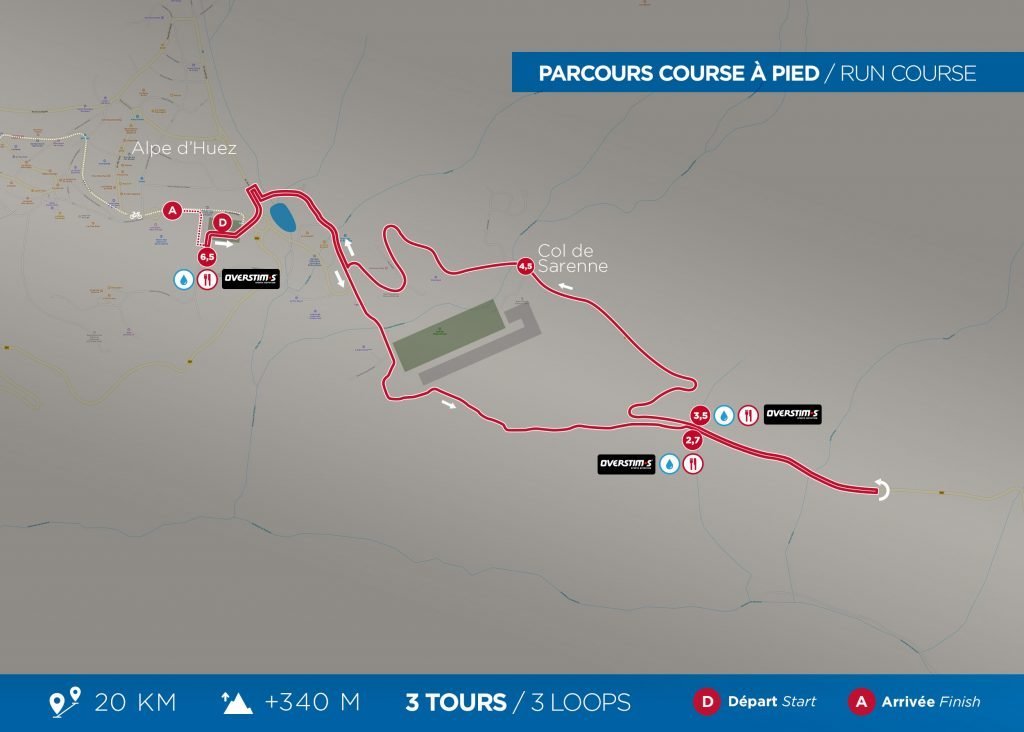 As well as its tough cycling circuit, the Alpe d’Huez Triathlon L is known for is difficulty overall, from start to finish. Once the triathletes enter the second transition zone (T2) the race has still a way to go : the three laps of a 6.7km loop are far from just a formality. On mixed terrain (both road and trail), the route heads towards the Col de Sarenne; a balcony over a breath-taking panorama. As well as the 300m of ascent to climb (100m per lap), the altitude is an extra difficulty to take into consideration. Sitting at an altitude of 1800m, the running route is as gorgeous as it is demanding. How else would you top off a race as such as this?!

The participants of the Triathlon L and their friends and family will have the possibility to access to the start area / park T1 at the Lac du Verney using a free shuttle provided by the organization.
REGISTRATIONS opening (online): June 2022 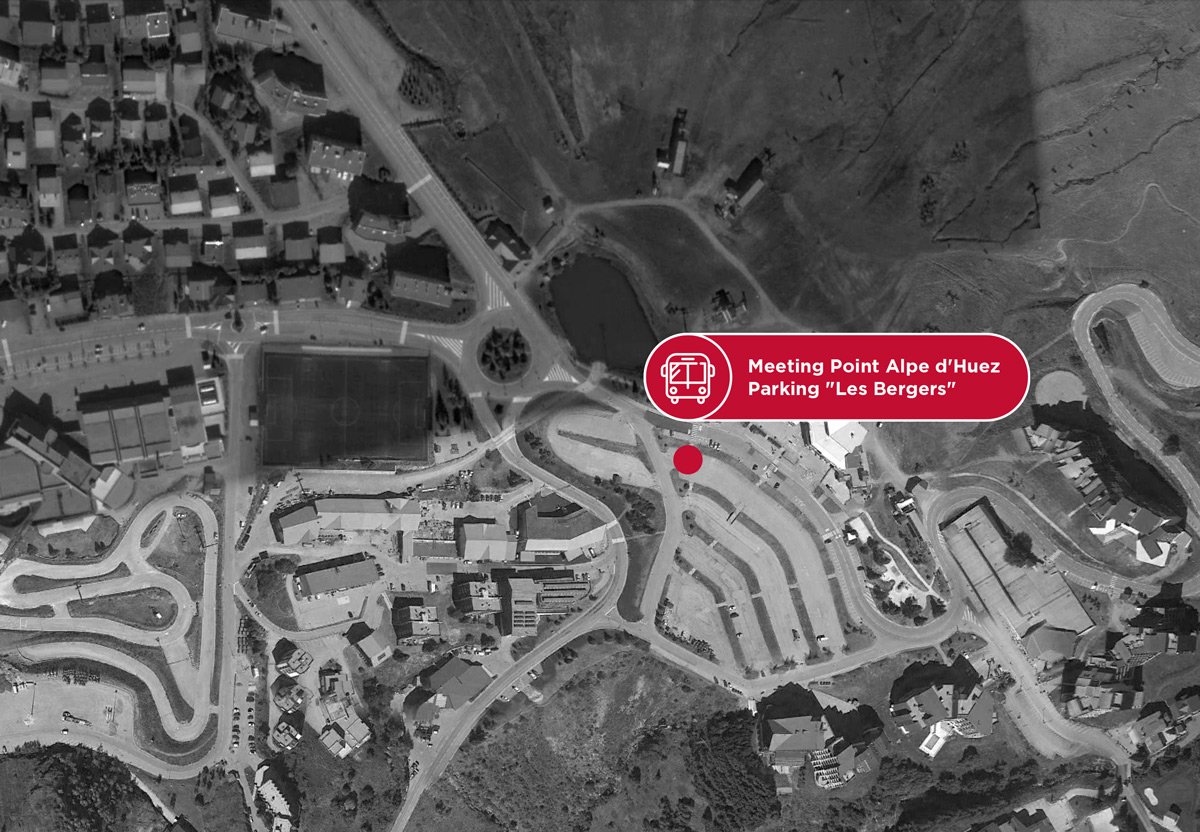 parking of the Casino supermarket in Bourg d’Oisans 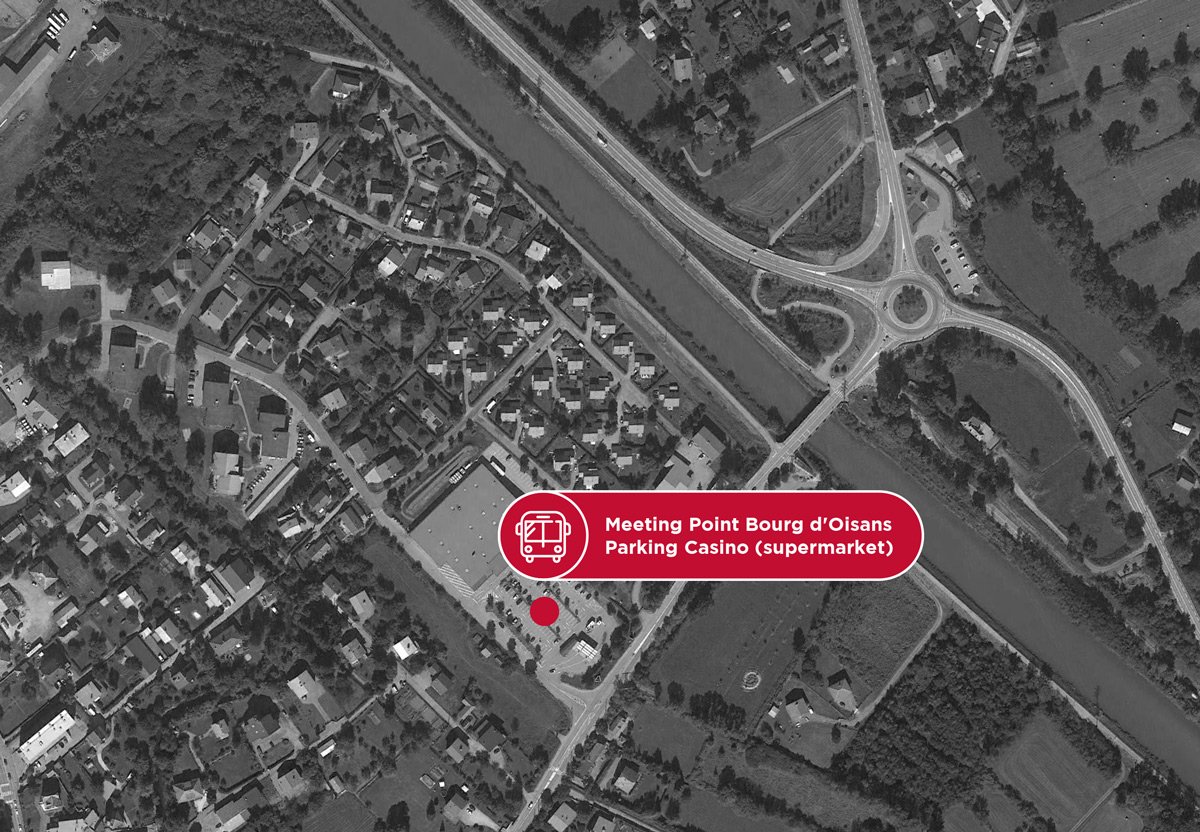 We advise athletes to park in Alpe d’Huez and ride to the start by bike, following the Alpe d’Huez  Triathlon official signs along the route which goes via Villard Reculas. Allow at least 30-40 minutes and remember that 95% of the route there is downhill. 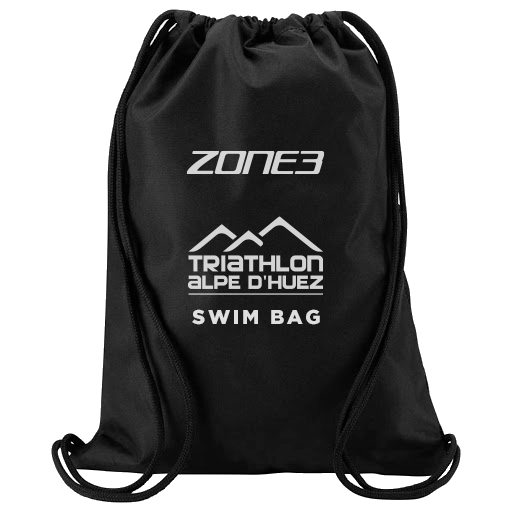 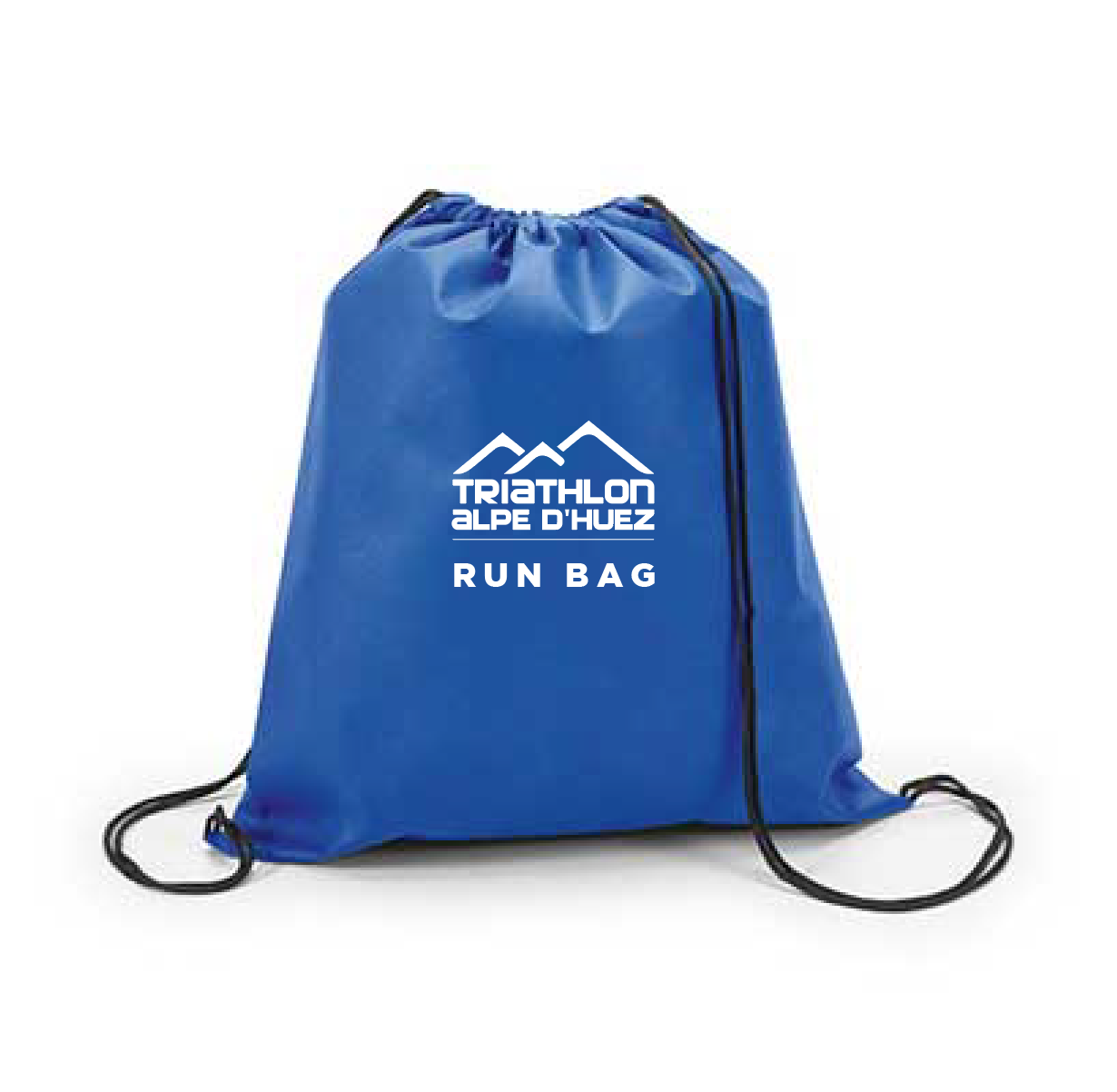 There are three options for dropping off the running gear to ensure it is ready in position for the athletes during the race.

They can be dropped off (using the numbered bag provided in your bib pack) either: 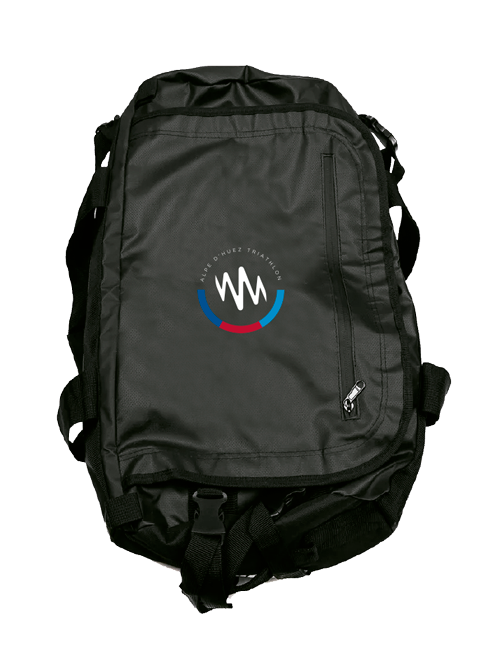 Your bag of personal items can be given to our team at the entrance of the T1 park in correctly labelled bag (with the number stuck to the strap, number provided). Our team will then bring it up to Alpe d’Huez during the race so the athlete can collect it after the race. Please be aware that plastic bags are not allowed. 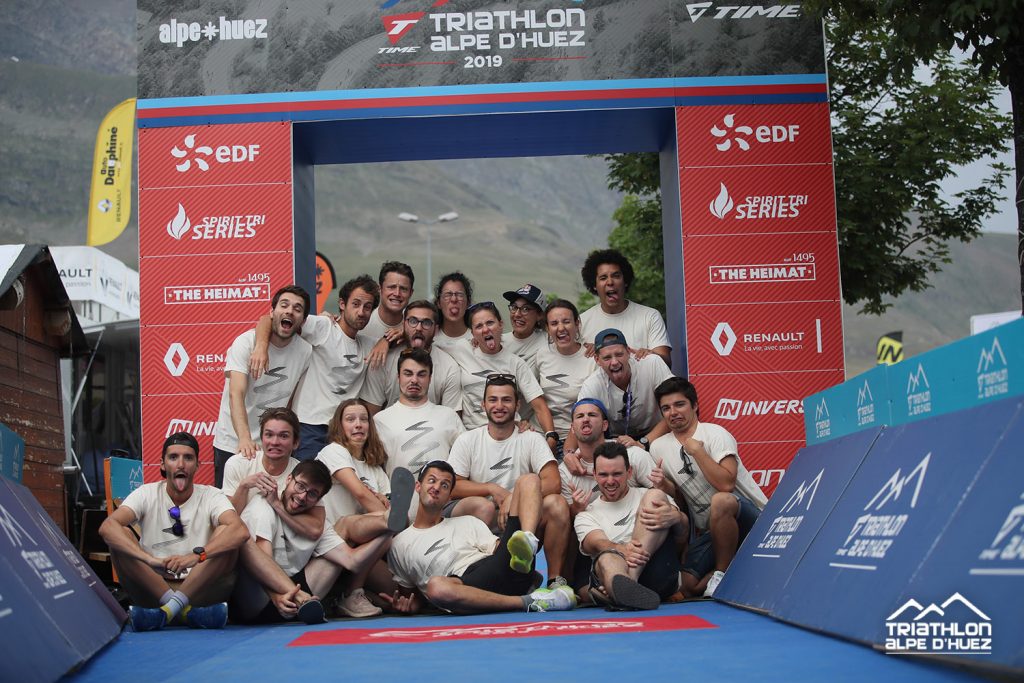 The Alpe d’Huez PhysiOstéo team offers a free service to race participants during the opening hours of the bib pick-up area (please consult the Official Programme for timings), and also at the finishing line of the race. This exceptional service is carried out by around 20 professional physiotherapists and osteopaths, who are all triathlon enthusiasts. They are there to help the athletes recover well from the race, but equally to welcome them beforehand to get them in race-ready condition. 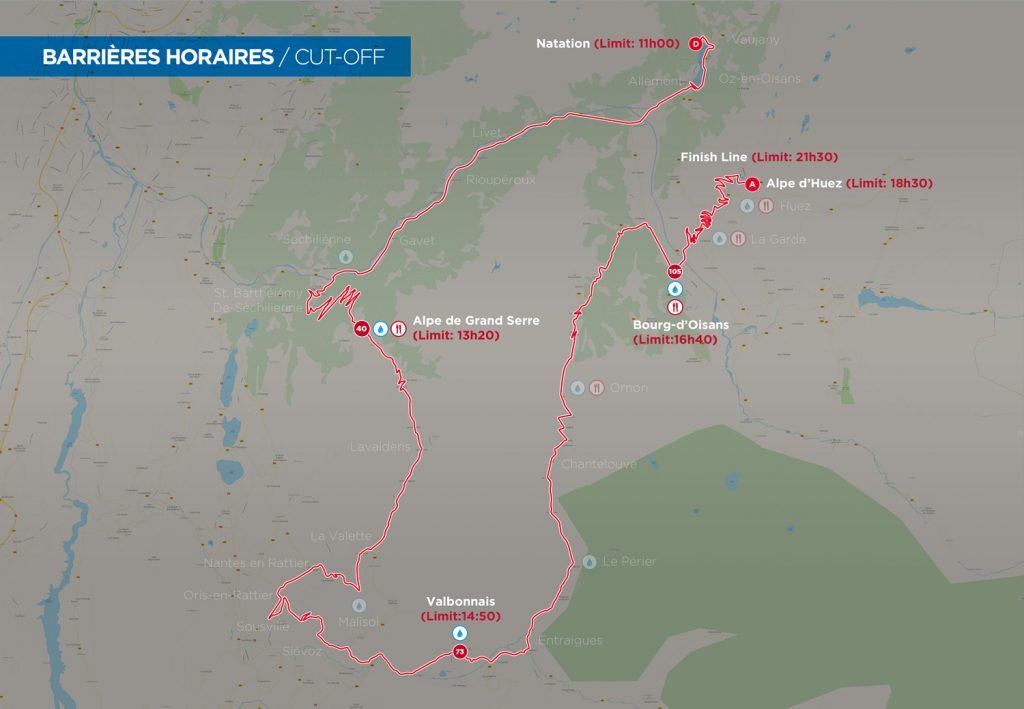 Application criteria for ELITE triathletes for the Triathlon L. 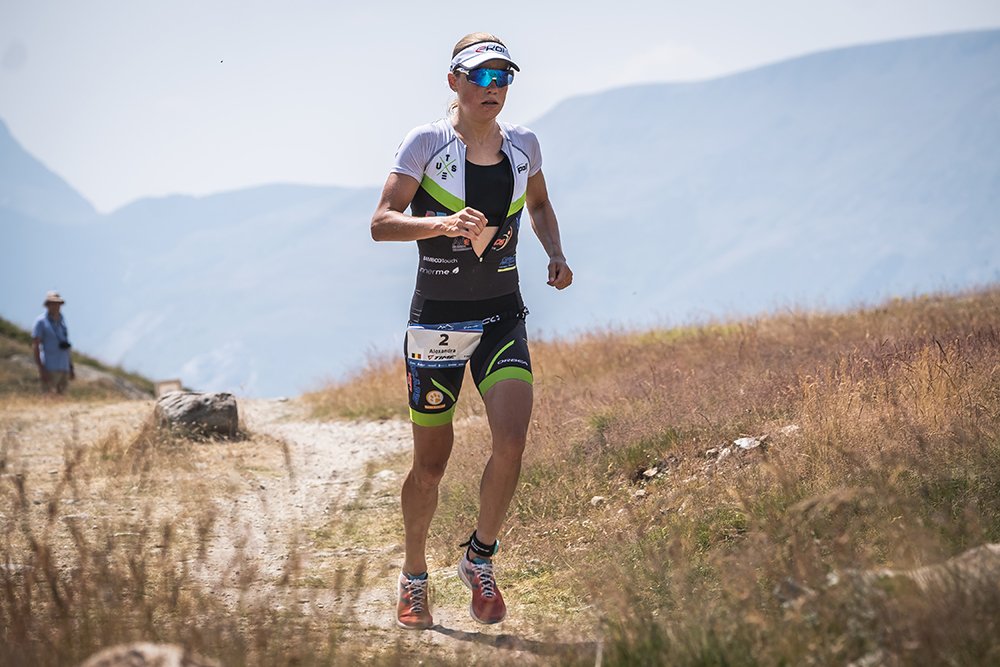 The Alpe d’Huez Triathlon L is a prestigious race popular among professional triathletes. See below the athletes (apart from certain exceptions) who qualify for the benefits of our privileged welcome package for the 2022 edition, following the results of the 2021 edition.

If you do not meet these criteria but would like to request an invitation, please contact us by email: [email protected]

(for triathletes in the PRO category only)

We use our own cookies and those of third parties for analysis purposes and to show you personalized advertisements based on a profile created from your browsing habits (for example, the pages visited). Click HERE for more information. You can accept all cookies by pressing the "Accept" button or refuse or configure their use by pressing the configure button.

This website uses cookies so that we can provide you with the best user experience possible. Cookie information is stored in your browser and performs functions such as recognising you when you return to our website and helping our team to understand which sections of the website you find most interesting and useful.

Strictly Necessary Cookie should be enabled at all times so that we can save your preferences for cookie settings.

If you disable this cookie, we will not be able to save your preferences. This means that every time you visit this website you will need to enable or disable cookies again.

This website uses Google Analytics to collect anonymous information such as the number of visitors to the site, and the most popular pages.

Please enable Strictly Necessary Cookies first so that we can save your preferences!